We remain committed to upholding the same family values, safety standards, and best-in-class practices that has made us a brand known for excellence and raising the most premium artisanal Albertan foods.

Our story starts with humble beginnings. Ben Ball, a coal miner and steam engineer, is captivated by his wife, a school teacher. Amidst the great depression when everyone was struggling to create a prosperous life, Ben stayed positive and had a vision for the future. They decide to buy three-quarter sections of farmland and have their child Jack.

Jack is raised on the farm and ambitiously buys some land when he is a ripe 20 years of age.

After some time, Jack sells his land in order to purchase the farm next to his father's. They unite in a new venture by the name of B + J Farms Limited and begin farming Simmental cattle from Switzerland. They raise them for the next 26 years.

They have a talent for raising and breeding cattle, so much that they perfect their techniques and enter into several shows and contests...and win!

Jack Ball has growing frustration with the direction that purebred beef is going. He sees a massive disconnect between physical traits that are being sought after, and the resulting outcome and quality of beef. Jack being the entrepreneur that he is, discovers a peculiar breed’s abandoned genetics in Alberta and conducts extensive research to learn more. He sees an incredible opportunity in an unconventional breed that is considered ugly, small, fat (pretty much going against everything that he learned from western cow breeding), and believes that an exceptional eating experience far outweighs physical appearances. The Ball family become pioneers of Wagyu beef in Canada.

Jeff, the son of Jack, had departed the farm to go to university, but continued to be involved in embryo exploration. He was raised on the farm and a part of him always remained with it. He returns full time to build it up to what he knows it can be and runs the farm while his father embarks to sell cattle genetics around the world. They begin selling small quantities of Wagyu to local restaurants - and people think they are crazy, but then quickly realized the exceptional eating experience. From here they quickly gain traction and dreams soon become a reality.

Jeff Ball starts a feedlot to expand operations - it becomes known as Ballco Feeders Inc. He continues the legacy of the family farm with a profound vision - and then quickly becomes recognized for his achievements and leadership in the industry for the finest premium meat.

Ballco Feeders gets an approval to expand operations from 5,000 head of cattle to 15,000, tripling capacity and signifying a huge victory for the business. Ballco is in full swing of raising and breeding the highest quality Alberta beef people can get their hands on. Consumer awareness is growing and Wagyu is skyrocketing in demand due to the delectably marbled fat and tender texture. Ballco has perfected an eating experience that is incomparable to any other premium beef on the market.

The Brant green elevator is iconic in Southern Alberta. In 2001, Brant Transload Company started to revitalize Brant as a transportation hub for a variety of crops. As a growing division of Ballco companies. Brant Transload Co is a hard car unload facility with a capacity of 26 cars. We are focused on providing great service and flexibility for your transport and trucking, and rail trans load needs.

We embark on a new adventure and introduce Thrive Provisions to bring consumers the same exceptional eating experience but as accessible premium packaged products. Starting with meat bars, but certainly not ending there, we are the future of food.

We evolve and revitalize the Ballco brand to reflect our mastery and bring a fresh look to our company that is rooted in history but forward-thinking. We are proud of our legacy and look forward to persevere as stewards ushering the evolution of the premium meat industry.

02Decades of excellence for feeding and farming

Home to over 15,000 cattle in a modern state-of-the-art facility, our practices are driven by four generations of expertise and a highly skilled team who are steadfast in pursuit of raising animals with the best care and attention. Approximately 36 km from Cargill Foods, we are situated in a location with close proximity to Canadian packing plants, feed grain suppliers, and the world renowned Rocky Mountains.

Quality control and integrity is important to both feeding and farming operations. We focus on managing the individual animal to maximize quality and value, our expert staff ensures we reach the full potential of the genetics of our animals to arrive at the best possible outcome. Through the use of consulting veterinarians and nutritionists at Feedlot Health Management Services out of Okotoks, Alberta we have access to the latest health and nutritional information available.

Ballco acknowledges past achievements while evolving to meet the needs of the future. We are visionaries who embrace change and opportunities for exploring different avenues of success. We continue to build upon our prestigious farming legacy that has flourished throughout the years with the drive necessary to propel the business forward and the anticipation that the best is yet to come.

Ballco Feeders was certified in 2005 under the Alberta Beef Quality Starts Here program.

Certification ensures our customers, both processors and consumers, that the highest standards of beef production are being followed.

Read about all the news and get more information about us!

See all the news 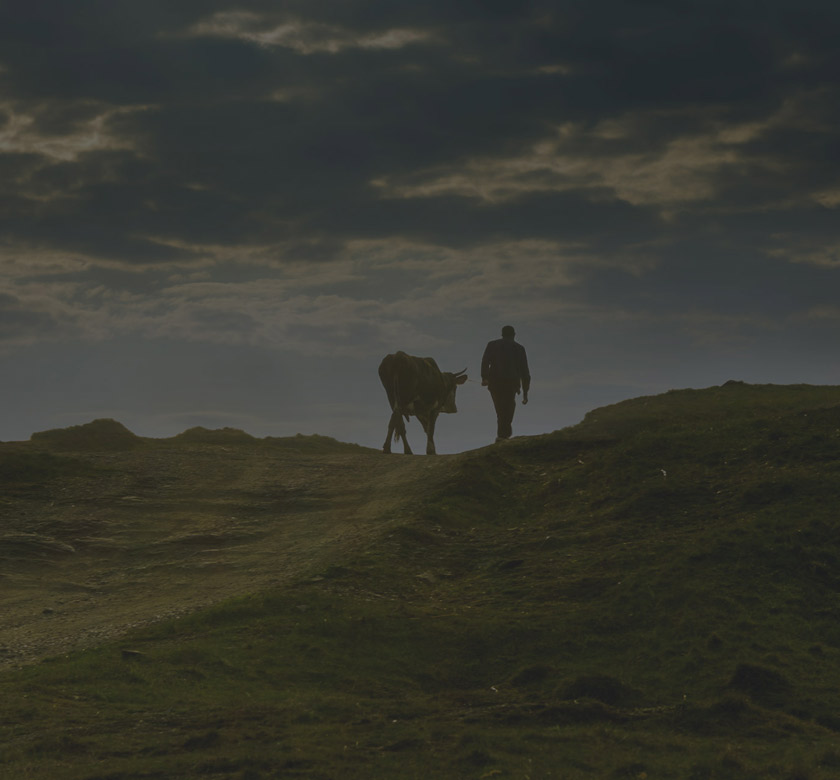 We are thrilled to continue the Ball family legacy as we explore farm-to-shelf packaged goods. Thrive Provisions is an extension of four generations of expertise and a rock solid reputation for excellence. We enrich everyday living with artisanal, accessible food that defies the ordinary and solves the demands of the modern lifestyle. We begin by […] 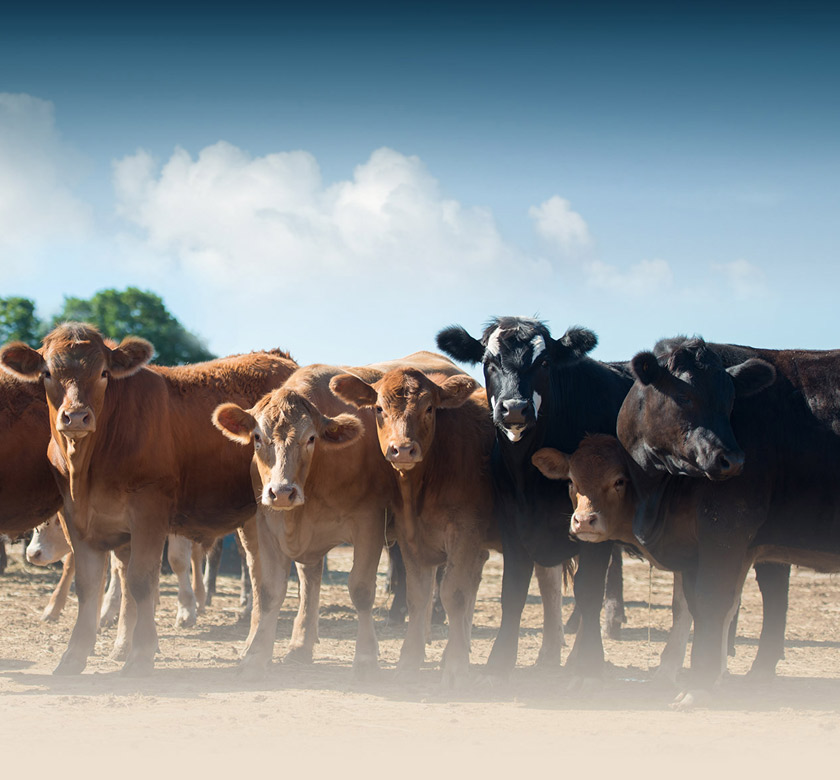 Ballco is certified under the Verified Beef Production Plus (VBP+) program. The VBP+ program enables certified beef cattle operations to prove to consumers and retailers that the operation adheres to the highest standards for food safety, animal care and environmental stewardship.  The VBP+ program has demonstrable and credible threshold levels producers must achieve to become, […]

04Learn more about
the Ball legacy

We are thrilled to continue the Ball family legacy as we explore farm-to-shelf packaged goods. Thrive Provisions is an extension of four generations of expertise and a rock solid reputation for excellence. We enrich everyday living with artisanal, accessible food that defies the ordinary and solves the demands of the modern lifestyle.

We begin by introducing our first product, a meat bar, in two delectable flavours: Honey Lime and Black Pepper, as well as Maple Apple and Blueberry. We are passionate about delivering a premium product that is unforgettable, we hope you will join this journey with us.

Ballco is certified under the Verified Beef Production Plus (VBP+) program. The VBP+ program enables certified beef cattle operations to prove to consumers and retailers that the operation adheres to the highest standards for food safety, animal care and environmental stewardship.

The VBP+ program has demonstrable and credible threshold levels producers must achieve to become, and maintain, registered status on the program. This progressive, audited program promotes continual improvements at the beef farm, ranch and feedlot level. VBP+ is delivered across all provinces with strong national coordination and management under the Canadian Cattlemen’s Association umbrella.

At Ballco, we are committed to the highest level of ethics with our animals, operations, and land.